The Pacific Northwest is the most dangerous earthquake hotspot outside of California – because it is part of the Cascadia Subduction Zone.

Subduction zones are where two plates collide against each other, with one plate descending beneath the other. At the Cascadia Subduction Zone, the Juan de Fuca plate is colliding into the North American plate and descending beneath it. In comparison, the San Andreas Fault in California is an example of where two plates slide past each other at the surface, also known as a strike-slip fault.

It is well known that most or the world’s earthquakes occur on the Ring of Fire, which runs from the coasts of New Zealand, Indonesia, and Japan, to the west coast of North and South America.

The “Really Big One”

A New Yorker article, authored by Kathryn Schulz, gave this potential megathrust earthquake in the Pacific Northwest a name: “The Really Big One.” The next big earthquake in the Cascadia Subduction Zone will have a Magnitude as high as 9.2. In comparison, the upper limit for the San Andreas Fault is a Magnitude 8.2.

“The discovery of the Cascadia subduction zone stands as one of the greatest scientific detective stories of our time.” – Kathryn Schulz, author of The Really Big One.

In her article, Schulz explained the process scientists went through to discover the Cascadia Subduction Zone and its history of earthquakes.

The Pacific Northwest sits squarely on the Ring of Fire, and this is why scientists first discovered the Cascadia Subduction Zone. Yet, scientists did not know if the Cascadia Subduction Zone had ever produced a strong earthquake, how often, or when the next one could occur. This is because human settlements in the Pacific Northwest did not keep written historical records until the 1800s. As outlined by Schulz in her article, a clue was found in the 1980s by Brian Atwater, a geologist with the United States Geological Survey, and David Yamaguchi, a graduate student. The clue? A grove of western red cedars known as the “ghost forest” on the banks of the Copalis River, near the Washington coast. Scientists already knew these trees died from saltwater flooding, but they originally believed that the trees died slowly over time due to sea level rise. But, this theory changed when Atwater was studying soil layers along the Washington coast and found evidence of sudden land subsidence. Atwater theorized that the trees died quickly when the ground beneath them plummeted underwater.

Atwater teamed up with Yamaguchi, a specialist in dendrochronology (the study of tree rings). They “took samples of the cedars and found that they had died simultaneously: in tree after tree, the final rings dated to the summer of 1699” explains Schulz. With this timeline, Yamaguchi and Atwater concluded that a massive earthquake had occurred sometime between August, 1699 and May, 1700, causing the land to drop suddenly and the cedars to drown.

But could it be proven that this earthquake actually occured?

The answer to this next piece of the puzzle was 5,000 miles away in Japan. The Japanese have kept written historical records of earthquakes and tsunamis for hundreds of years. According to these records, a six-hundred-mile-long wave struck the coast of Japan in January 1700, yet no earthquake was felt beforehand. This became known as the “orphan tsunami.”

As outlined in a 1996 article in Nature, seismologist Kenji Satake and three colleagues were able to put all the pieces together, pulling from previous work by Atwater and Yamaguchi. On January 26, 1700, a magnitude-9.0 earthquake struck the Pacific Northwest, now known to be along the Cascadia Subduction Zone. Ten hours later, the tsunami reached Japan, on January 27, 1700. This collaborative scientific discovery solved the mystery of the “orphan tsunami”.

The Next “Really Big One” – Measuring Earthquake Risk

While scientists cannot predict with certainty when the Cascadia Subduction Zone will release an earthquake, they can estimate the average time between quakes, or recurrence interval. In her article, Schulz describes how Chris Goldfinger, paleoseismologist at Oregon State University, researched deposits left on the ocean floor from past earthquakes. Goldfinger was able to determine the average amount of time between Cascadia Subduction Zone earthquakes.

Impacts of a “Really Big One” Earthquake

If a large Cascadia earthquake and tsunami occurred today, FEMA estimates that it will cause nearly 13,000 fatalities and 27,000 injuries. The 2011 magnitude 9.0 earthquake in Japan, also a subduction zone, megathrust quake, killed more than 15,000 people.

FEMA further estimates that a large Cascadia earthquake will damage more than a million buildings and cause a million people to be displaced from their homes.

Jumpstart’s Resilience Report found that housing displacement has the potential to be the most severe consequence of a major earthquake.

Scientists and resilience advocates in Oregon including members of the Oregon Seismic Safety Policy Advisory Commission (OSSPAC) created a gripping play-by-play that chronicles the probable aftermath of a Cascadia Subduction Zone earthquake.

Importantly, these estimates are for inland locations only. Coastal communities would experience even longer timelines. The tsunami-inundation zone will remain basically unlivable for years. The entire Pacific Northwest will face a long-term economic down-turn and loss of population.

A Cascadia Subduction earthquake will impact an estimated 140,000 square miles, an area nearly as large as the size of California. The impacted area will include the large metropolitan cities Seattle, Tacoma, Portland, Eugene, and both State Capitals of Oregon (Salem) and Washington (Olympia).

How to Prepare for a Cascadia Subduction Earthquake

For residents in the Pacific Northwest, and anyone living in earthquake-prone areas, it is essential to prepare for the next earthquake.

Preparing for earthquakes means minimizing your risks, not eliminating them. There are a number of ways you can earthquake-proof your home including fastening heavy furniture and strapping your water heater, bolting your foundation, and bracing cripple walls.

Get a few seconds warning

Purchase a wall-mounted earthquake alarm that can give you a few seconds of warning to drop, cover, and hold on. USGS’s Shake Alert is a phone app that will give you an alert when strong shaking is expected in your area.

Jumpstart is a unique parametric insurance product that pays a lump-sum right after an earthquake. Policyholders can use the money to pay for any expense related to the quake, whether or not you experience physical breakage. It’s a critical step toward financial resilience in earthquakes.

In conclusion, the name Cascadia Subduction Zone may not be as easy to remember as the San Andreas Fault, but it is every bit as important to remember and prepare for. 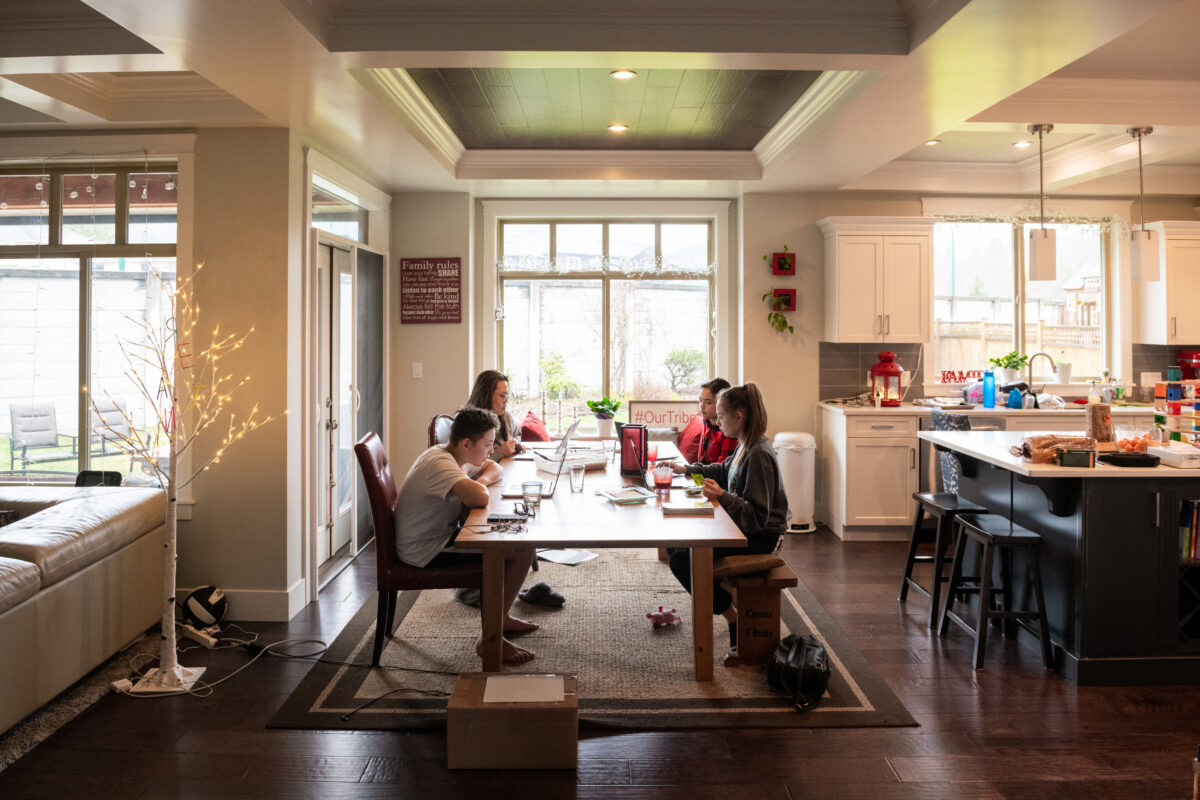 What Is the Safest Place During an Earthquake?